I can’t let the Christmas season pass without reading a fun romance anthology and Romancing the Holiday from Carina Press was a good choice. Each of the three novellas left me with a smile at the end.

“We’ll Be Home for Christmas” by HelenKay Dimon was my favorite of the set. Apparently it’s the third of the Holloway novellas, I’m assuming the other two were in previous anthologies, but I didn’t feel like I was missing out on anything important by not having read them. Lila and Spencer had a three day hook-up in a hotel months ago, assuming they would never see each other again. Of course, this is a romance story, so of course when Lila needs a fresh start and decides to fix up her uncle’s old campground in West Virginia who does she run into but Spencer and his family and learns that Spencer lied to her during their weekend together. (Imagine that.) Of course there are sparks between the two, and, even though they get a rocky start, they are perfect together. A really enjoyable story.

“Ask Her at Christmas” by Christi Barth annoyed me for the most part. Caitlin is in love with her best friend, Kyle, who is apparently clueless. He asks for her help in coming up with the perfect way for him to propose to Monica. But the marriage to Monica is in reality nothing more than a business deal, a way to smooth the merger between their families’ companies. And Monica is not a likeable person, but still Caitlin stands behind her Kyle. It’s cheesy and I didn’t fall for Kyle. I want to love the heroes in a romance, if only for those few pages, and Kyle just didn’t do it for me. He’s smart and attractive, but doesn’t get a back-bone until the last minute. On the other hand, that last minute left me grinning like an idiot.

“The Best Thing” by Jaci Burton, the third story, is also part of a series following the Kent brothers, who own a construction company. Tori is their office manager, and, in another friends to lovers story, has had a crush on Brody forever. Apparently they shared a kiss last Christmas and she has been withdrawn and wary ever since – for like 10 months. That’s the part that just didn’t ring true for me. Can you really brood over one kiss for almost a year? And let it effect the way you act at work and home for that entire time? But now Brody has decided it’s time to deal with it, which apparently means seducing Tori, then getting cold feet when everyone in town, especially his family, starts asking when he’s going to marry her. It’s a fluffy story. I didn’t love it, but it wasn’t awful either.

Overall, Romancing the Holiday is a light Christmas read, sweet and predictable. 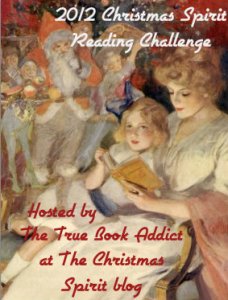